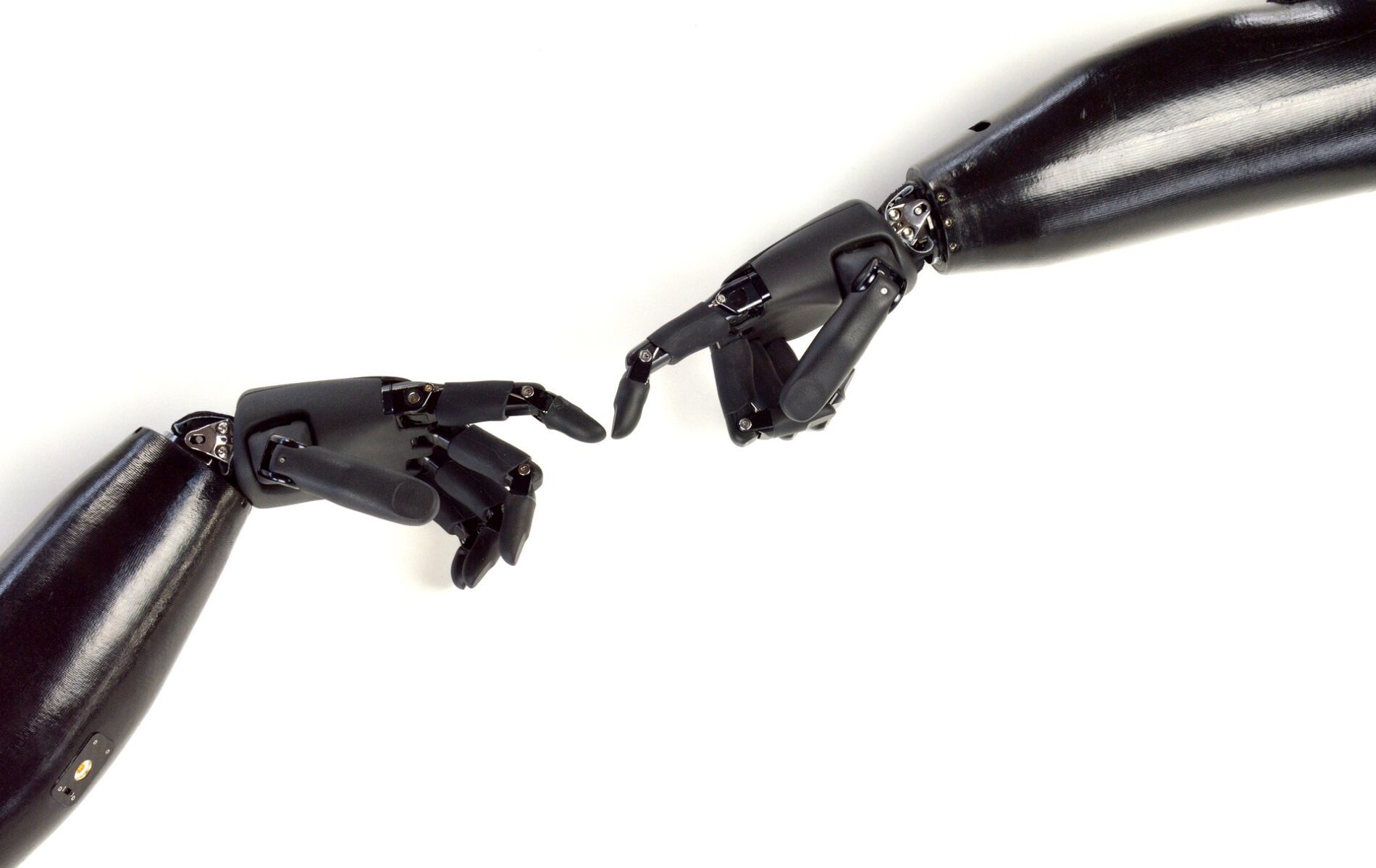 For the first time in almost three decades, a man with partial paralysis has once again been capable to eat by himself due to robotized limbs and his brain. Processing the man’s brain waves to control prosthetic arms, the revolutionary invention made the once unachievable thing of cutting and eating cake as easy as a cakewalk. The description of this remarkable case is published in the research journal Frοntiers in Neurorobοtics and is grounded on a brain-computer interface (BCI) to set a direct connection between neurons and IT technologies.

BCI & solutions for a paralyzed person

The man with limited mobility in the part of the upper body was able to move his fists in return for prompts. The brain waves that constituted these motions were then read by electrodes inserted in his brain and applied for the purpose of controlling robotic arms.

Giving simple instructions, such as “slice food”, “scoop food”, and, most essentially, “eat food”, the person obtained a possibility to feed himself with the prosthetic limbs, being under the control of his mind via the BCI. Following 30 years of being incapable to do that, the accomplishment was rightfully supported by sounds of celebration.

Doctor Francesco Tenore, the study author mentioned that this approach has a target to apply the inherent capabilities of the BCI and robot systems, constituting the best match of different approaches where the consumer can individualize the algorithms of a smart prosthetic device. Even though this is the first round, the results are promising as people with limited capability can obtain a true sense of self-control over artificial intelligence.

It took a long time to achieve the output researchers have now: making, building on over 15 years of ongoing studies and experiments. Now it can give hope to those with mobility issues. BCIs have what it takes to enhance the non-dependence of individuals with paralysis by “switching on” control signals to robot arms and re-enabling activities of daily routine.

The new study shows this it is possible for paralyzed people to renew their common behavior with minimum human input needed. The robotic system is responsible for most of the heavy lifting, and the individual can personalize their behavior to create the best match.

Another study author Dr. Handelman says that the primary purpose of this finding is to facilitate the user abilities to cope with the few things that are crucial for certain tasks.

The new system is still on the way to optimization and is far away from clinical implementation at the moment. The correctness and synchronization of the robot’s movements can still be enhanced as well as its dependence on constant visual feedback. In the near future, this technology could be used to assist to carry on even beyond basic activities of day-to-day routine, as mentioned by researchers.