Nanorobots in the Lungs Can Cure Pneumonia 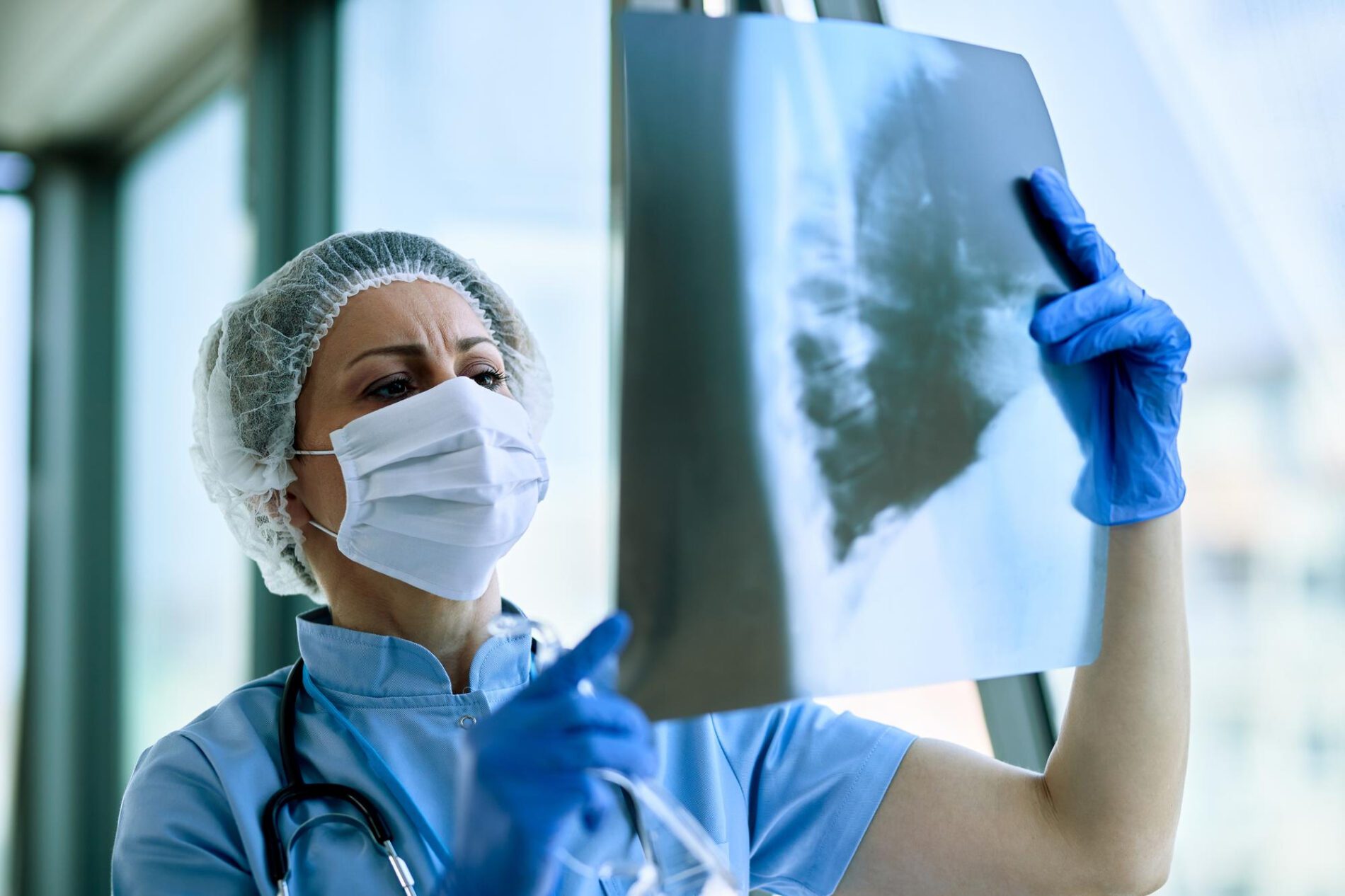 The use of nanorobots for biological and medical applications has recently become a hot topic among scientists. Not a long time ago, nanoengineers have designed special devices that can move in the lungs and carry medications for the purpose of pneumonia cure. According to new research, nanorobots efficiently fought bacteria causing inflammatory conditions in the mice lungs and showed impressive results – 100% successful treatment. In comparison, animals that had no therapy died within a couple of days after getting a disease.

How micro- and nanorobots can cope with pneumonia

These tiny devices are made by utilizing click chemistry (this concept means an approach to the synthesis of drug-alike molecules that can accelerate the drug discovery process through several practical and reliable reactions) to join neutrophil membrane-coated polymeric nano-particles with antibiotics to natural microscopic algae invisible to the naked eye. Such robots could be used for the delivery of medications in a non-invasive way.

Due to the movements provided by algae, robots can move and transfer medications directly to affected places in the lung. The nano-particles filled with medications represent tiny non-toxic pοlymer spheres finished with the cell layers of neutrοphils. These layers soak up and counteract inflammation that appeared due to bacteria and the body’s immunity activity. This makes it possible for robots to minimize severe inflammatory conditions, making them more efficient at curing infections.

In the frames of study, nanorobots were used to cope with severe inflammatory conditions of the mice lung. The researchers placed robots in the mice’s lungs via a tube. As a result, the lungs of the mice came back to a healthy state after 7 days of therapy. All animals cured with this therapy survived, while those without any therapy died within 72 hours. Using nanorobots proved its efficiency: compared to IV injections of drugs into the blood, robots necessitated a much lower dose of medications: it was 3 thousand times lower than that applied in the injections to reach the same result.

Nanorobots appeared to be so efficient as they put the drug where it should go rather than spreading it via the whole organism. Scientists noted that with an IV injection, it’s often a case that only a tiny part of the drugs will be delivered into the lung. This is the explanation of why many drug therapies don’t work as well as necessary, resulting in a high death rate in individuals with the most severe conditions. Grounded on these details of mice study, nanotechnologies could prospectively better drug interaction to fight bacteria and safeguard more lives.

The study is still at the verification stage that analyzes whether such a concept can be turned into reality. The scientists plan to conduct more research to discover the interaction of nanorobots with immunity. Studies check therapy with this method and scale it up prior to carrying out tests on other animals and thereafter, in humans.